The mission of Oldham Interfaith Forum is to promote harmony, understanding and cooperation between all members of the community, especially with regard to issues that relate to faith & belief.

Oldham Interfaith Forum will contribute to Oldham being an integrated society where no-one is excluded because of their faith, race, culture or origin; a town where everyone is valued and has a sense of belonging.

In its dealings with people of all faiths and none, Oldham Interfaith Forum will be open, friendly and supportive; will be respectful and sensitive, acting responsibly with transparency and integrity.

Our role in the Local Authority

The Oldham Interfaith Forum has a civic role in working with Oldham Council in major public events which bring together people of different faith groups and of none. Its role is to provide with help and advice in the conduct of civic events;

We play an active role in the:

Oldham Interfaith Forum has played a supporting role for teachers in schools and colleges where religious education is now multifaith. 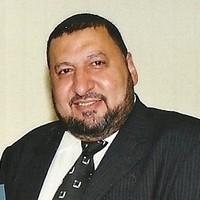 Phil Sumner is currently the Parish Priest of St. Mary’s with St. Patrick’s, Oldham and the Rural Dean for Oldham, Ashton and Mossley.

He was the first Chair of the Oldham Interfaith Forum and still serves as a Trustee of that organisation. He is also a Trustee of the national Catholic Association for Racial Justice. He was, for several years the Chair of Oldham’s Community Cohesion Partnership and then of Oldham’s Race Equality Partnership (finishing as the latter in 2015). He was Chair of the National Conference of Priests of England and Wales from 1997-2000.

He gained his Masters and Licence in Canon Law from Ottawa University and serves as an Ecclesiastical Judge in the Salford Diocesan Matrimonial Tribunal. He is also one of a team of Presenters for the BBC Radio 4 “Daily Service”. In February of 2006 he was the Individual and “Overall” winner of Oldham’s first and only Diversity and Equality awards and in September 2006, he was named in a British national newspaper as amongst the top fifty British “campaigners, thinkers and givers transforming our world” (The Independent Newspaper’s “Good list”, 1st September 2006).

He has lectured for UNESCO on “Intercultural mediation processes” in Barcelona in 2006 and (Feb. 2008) in Brazil at the World Conference on the Development of Cities. In February 2011, he was a witness on the Moral Maze (BBC Radio 4) speaking in favour of multiculturalism.